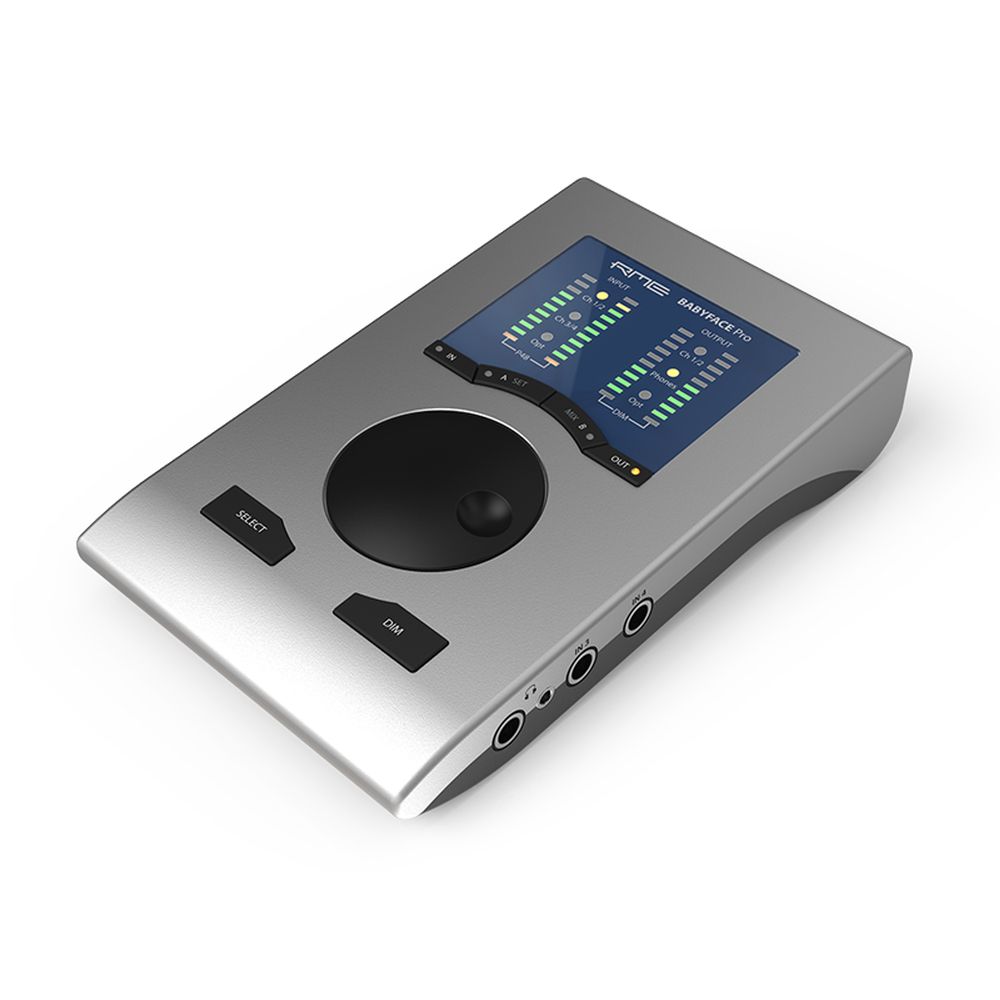 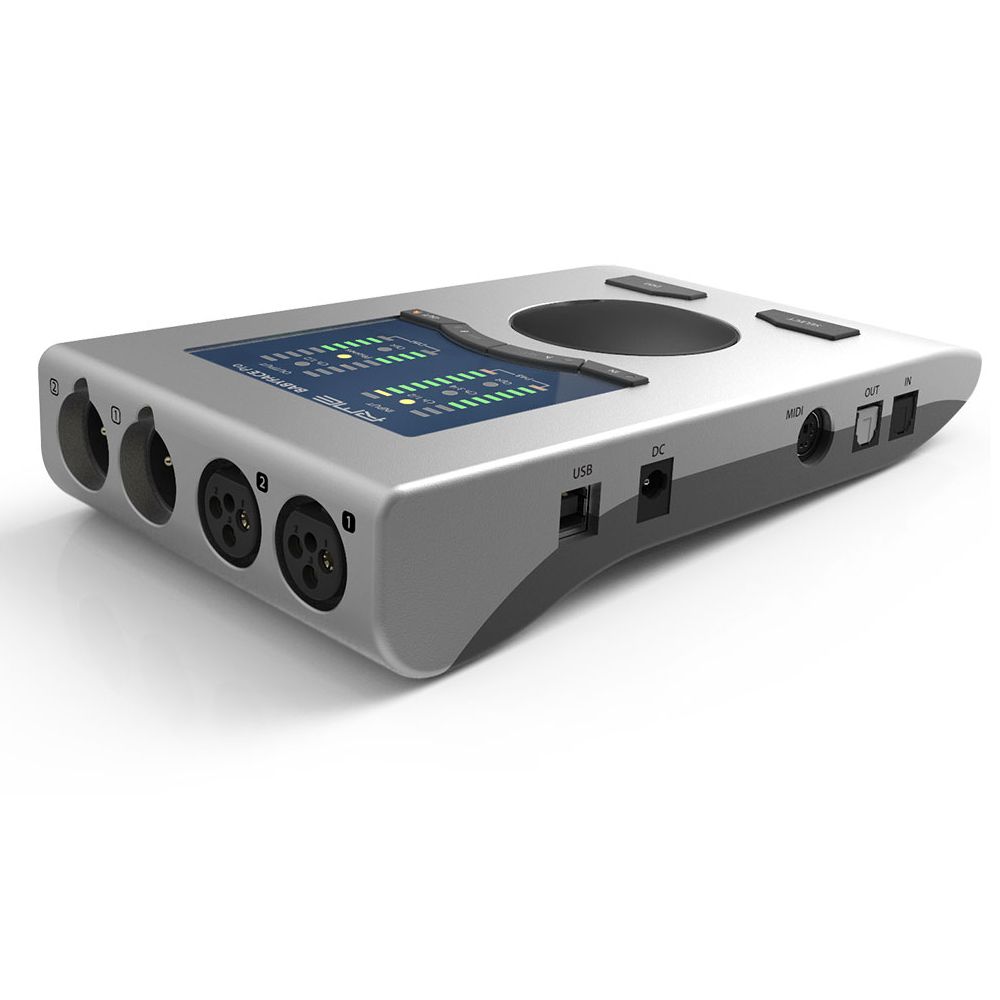 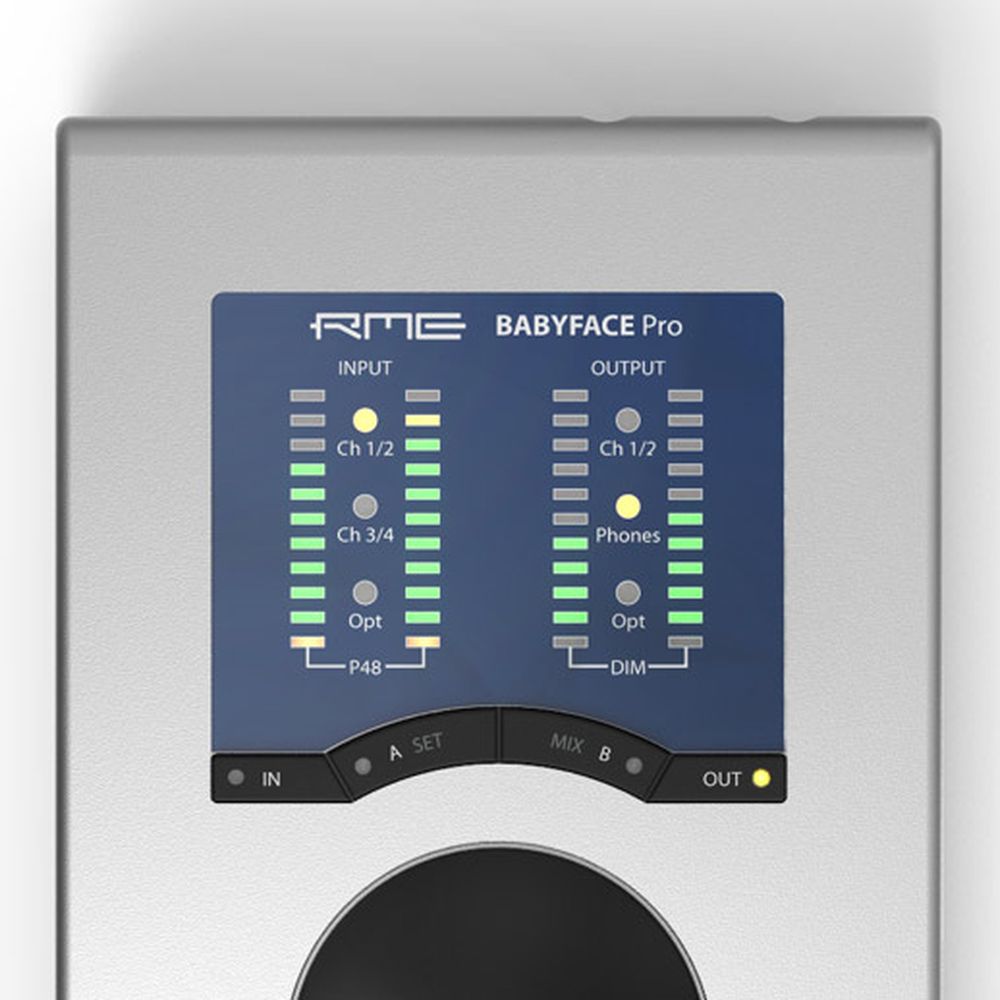 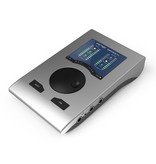 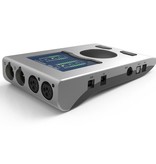 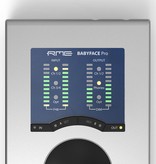 REENGINEERED NOT REMASTERED
The exciting new Babyface Pro once again demonstrates RME’s absolute commitment to superior craftsmanship, not only in audio circuits and driver development, but also in mechanics.
Created with the highest precision from a block of aluminum, this high-end yet portable interface incorporates newly designed analog and digital circuits. Its innovative energy saving technologies provide supreme fidelity with no compromises in level, noise or distortion.

Progressive Interface
For the main I/O RME have designed a completely new XLR socket, which integrates seamlessly into the housing and saves space. The two headphone outputs, offering TRS and mini-jack sockets in parallel, have completely separate driver stages to perfectly match low and high impedance headphones, guaranteeing pristine sonic results no matter what type of headphone is used.
Two digitally controlled preamps provide individually switchable 48V ‘phantom power. These brand new circuits feature gain of up to 70 dB, adjustable in steps of 3 dB, plus a relay-driven PAD, resulting in exceptional EIN (Equivalent Input Noise) performance as well as line overload protection, and enough gain for even the lowest level microphones.
Babyface Pro’s incredibly efficient design almost never requires an external power supply – it’s perfectly stable on USB 3 bus power, and also most USB 2 ports, with no degradation in any technical specification. This makes it perfect for mobile recording, even with a pair of your favourite condenser microphones.
The comprehensive feature set continues with an optical TOSLINK I/O; use as either an ADAT port with SMUX support or SPDIF for sessions up to 192 kHz. In combination with an external ADAT converter, the Babyface Pro fully supports 12 analog inputs as well as 12 outputs, making it ideal for both live and studio multi-track applications. You can plug any instrument, line or high impedance, into Babyface Pro’s jack inputs 3 & 4. Record your guitar on the go, with no additional hardware required. MIDI I/O via an included breakout cable completes the package.

Profound Technology
Babyface Pro ships with RME’s TotalMix FX, available for Windows and Mac OS X. An iOS version is available as well. This amazingly versatile software allows you to use Babyface Pro in every situation. You can do something as simple as mixing together your guitar and vocal to headphones.
The FPGA-based DSP mixer adds a flexible, 3-band parametric equalizer to all inputs and outputs. Reverb and delay FX are also onboard.
Latest generation low latency AD/DA converters, combined with RME’s unique SteadyClock technology, result in exceptional specifications that will satisfy the most demanding of professionals.
Combining a huge feature set with sonic excellence and intuitive control, whether for the studio or on the move, the RME Babyface Pro is the most comprehensive and versatile compact audio interface ever built.

Professional Features
Straight to the core without interference: the reference design of the Babyface Pro leaves nothing to be desired.
RME devices are designed to conserve music as it is. Audio signals are passed in their entirety, nothing added, nothing taken. For the new Babyface, the audio circuits have been improved to meet even highest gain levels with best dynamic range.
The clever user interface is informative and clearly laid out. It makes access to every feature and configuration mode of the Babyface Pro intuitive and easy to use.

Even in stand-alone mode, routing and mixing of inputs to outputs directly on the device opens a whole world of possible applications.